In January 2020, Consortis received a distinction of which we are extremely proud of.

CONSORTIS received second prize in the framework of the open Spatial Idea Planning entitled "Study of strategic spatial development in the area of Lake Trichonida", conducted by the Regional Development Fund of the Region of Western Greece.

The object of the competition was the formulation of ideas, from spatial, urban, architectural, aesthetic, functional, technical and environmental point of view, aiming at the strategic development of the remarkable lakeside area of ​​Trichonida.

Our vision for the ​​Lake Trichonida area: "Establishment of a balanced natural, man-made and socio-economic landscape that is networked, complementary that operates on multiple levels". The vision is supported by the tripod "Creation-Preservation-Empowerment".

It is a topocentric approach with extroverted orientation, for a development based on the special characteristics of the area, with a high degree of networking and complementarity. The philosophy of the proposal is based on the conceptual tool of green and blue infrastructure (PMI), which is distinguished by the qualities of multifunctionality and networking. 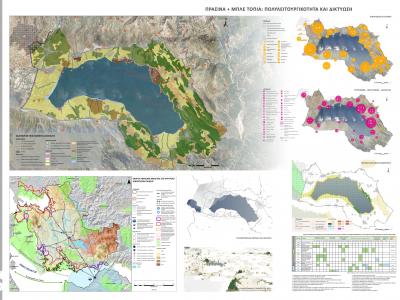 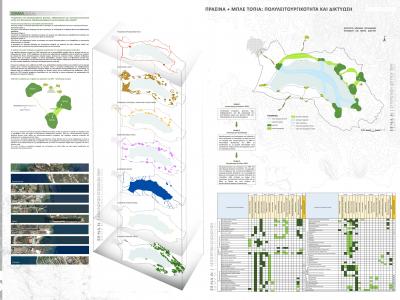 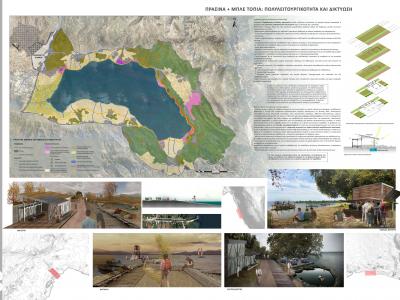 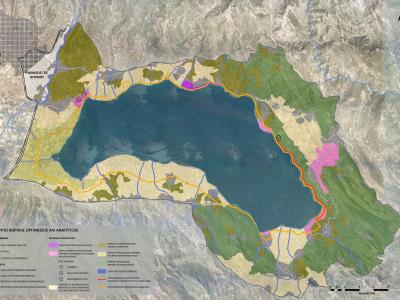 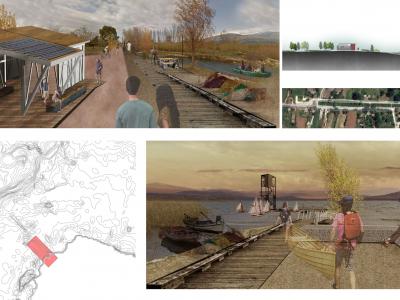 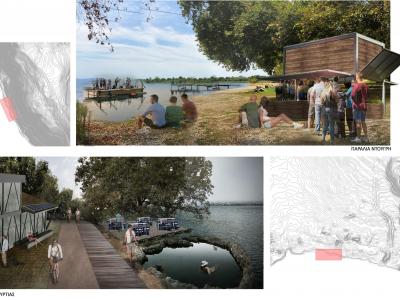